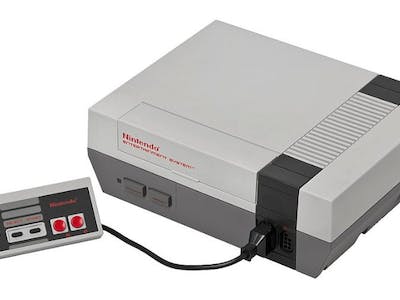 “A number of years in the past, I obtained the loopy concept to attempt porting the Commodore 64 KERNAL and BASIC ROMs to the NES, since their CPUs are principally the identical,” MrCalcwatch explains. “However I gave up when issues obtained sophisticated with the PPU [Picture Processing Unit]. Then a pair weeks in the past, I noticed that somebody ported it to the Atari 1200XL, so I made a decision I might give it one other shot. This time, I used to be capable of make a (principally) working system.”

MrCalcwatch’s burst of inspiration got here courtesy of earlier work to port the Commodore 64’s KERNAL — a historic misspelling of “kernel” that caught — and BASIC ROM to rival Atari’s contemporaneous {hardware}. Nick Bensema’s efforts at porting the pair to the Atari 800XL have been profitable — and now so is MrCalcwatch’s NES port.

“I can not take a look at it on {hardware},” MrCalcwatch admits, “but it surely appears superb in emulation. The KERNAL and BASIC ROM are 8kB every, so I put them within the final two banks ($C000-$FFFF), and stuffed the opposite banks with PRG RAM ($6000-$BFFF). The primary byte of OS RAM is reserved, and the remaining is on the market to BASIC. Therefore the ‘24,575 bytes free’ within the splash display.”

To show the port, MrCalcwatch has launched a number of movies: The primary reveals the system booting up and working BASIC; the second runs a easy maze generator in BASIC; the third calls a machine-language subroutine; and the ultimate demonstration writes to the NES’ audio processor to play a easy musical scale.

Extra particulars on the challenge can be found on the nesdev.com discussion board.